When you book with an account, you will be able to track your payment status, track the confirmation and you can also rate the tour after you finished the tour.
Sign Up
1335

This expedition Gasherbrum 1 8080m EXPRESS ASCENT is a world novelty and you can only book it here with this program.

Use only 35 days (instead of 55 days = regular climbing time of other agencies) to climb, significantly increase your safety and reduce your risk of high altitude sickness!

For additional informations and inquiries, feel free to drop us a line.

Gasherbrum I (also known as Hidden Peak or K5) is the eleventh highest peak in the world and is located on the border between China and Pakistan. Gasherbrum-I is part of the Gasherbrum massif in the Karakoram region of the Himalayas. Gasherbrum I is often referred to as a “shining wall”, probably an indication of the highly visible area of ​​the neighboring peak Gasherbrum IV; In fact, however, it comes from “rgasha” (beautiful) + “brum” (mountain) in Balti, so it is actually called “beautiful mountain”. Gasherbrum I was designated by Montgomery as K5 (meaning the 5th summit of Karakorum). This happened in 1856, when he first discovered the peaks of the Karakorum more than 200 km away during the Great Trigonometric Survey of India. In 1892, William Martin Conway gave the alternate name Hidden Peak in terms of its extreme remoteness. Gasherbrum I was first boarded by Pete Schoening and Andy Kauffman on July 5, 1958, as members of an eight-man American expedition led by Nicholas B. Clinch. Richard K. Irvin, Tom Nevison, Tom McCormack, Bob Swift and Gil Roberts were also members of the team.

For climbers who seek for a group, that is also possible as we might be having a joint expedition group anyhow. For climbing equipment, extra porters (that is how guides are called in Pakistan), extra charges apply. Contact us for more details, we are very open to help you.

Fly by Helicopter to Gasherbrum BC

Fly back to Skardu by helicopter

35 Days. Contact us for your specific time frame. You can easily jump in on our existing trips.

The basic package includes services from the arrival airport to Basecamp and back.

The full service package lists expansion options that can be chosen for an ascent of the mountain.

It is also possible to climb on your own from Basecamp. On-site organization, permits, meals and other services can be purchased from us.

You can also choose guiding, extra equipment and many more. Ask us.

In case you need additional services for your ascent  you might have to choose from the full service or discuss your needs with us. Example: Supplemental oxygen, guides etc.

We keep an excellent relation with Kailas www.kailasgear.com and distribute their products. Our guests profit of special reductions and therefore can buy Kailas equipment cheaper when asking us.

We offer their entire portfolio, especially down suits, tents, down products such as sleeping bags, down jackets, gore-tex, 8000m mountaineering boots, backpacks and much more.

Ask us for your deal or have a look at our shop, where we keep a very small collection out of the huge collection. 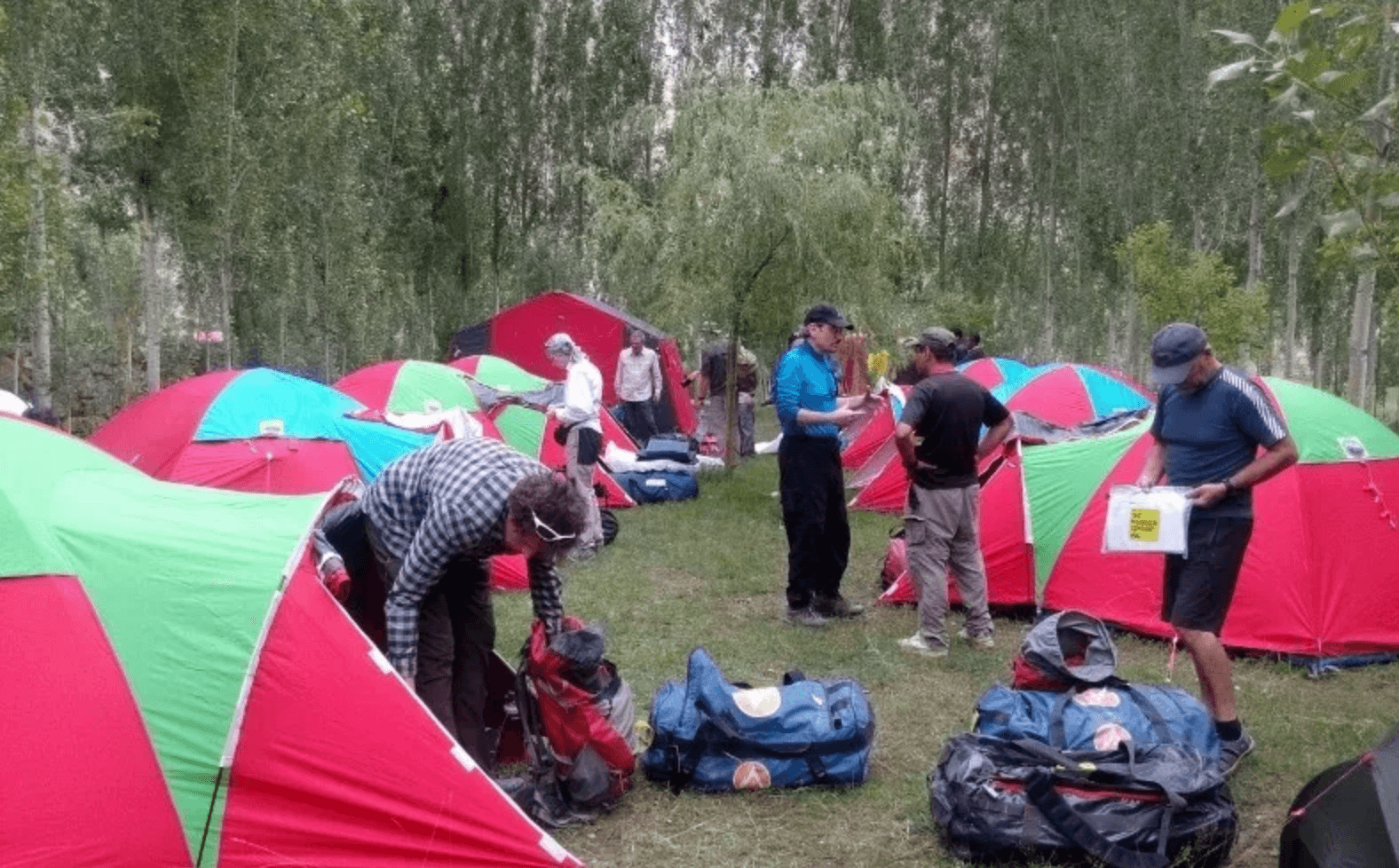