When you book with an account, you will be able to track your payment status, track the confirmation and you can also rate the tour after you finished the tour.
Sign Up
1400

Broad Peak (originally named K3) is the 12th highest mountain on Earth, located on the border of China-Pakistan. Broad Peak is part of the Gasherbrum massif and is about 8 kilometers (5 miles) from K2. Broad Peak was originally named K3 right after the naming of K2but on closer inspection by a later party, it was discovered that the summit was over 1½ kilometers (1 mile) long, thus “Broad Peak”. Broad Peak is known locally as Faichan Kangri. The literal translation of “Broad Peak” to Phalchan Kangri is not accepted among the Baltis.

The first ascent of Broad Peak was made on June 9, 1957, by Fritz Wintersteller, Marcus Schmuck, Kurt Diemberger, and Hermann Buhl of an Austrian expedition led by Marcus Schmuck. A first attempt by the team was made on May 29 where Fritz Wintersteller and Kurt Diemberger reached the forepeak (8,030m). This was also accomplished without the aid of supplemental oxygen or high altitude porters and without base camp support.

For climbers who seek for a group, that is also possible as we might be having a joint expedition group anyhow. For climbing equipment, extra porters (that is how guides are called in Pakistan), extra charges apply.

Islamabad: welfare meeting in the Alpine Club of Pakistan & Sightseeing

Drive to Skardu together with the Indus River 8 – 9h 290km

In case you need additional services for your ascent of Broad Peak, you might have to choose from the full service or discuss your needs with us. Example: Supplemental oxygen, guides etc. 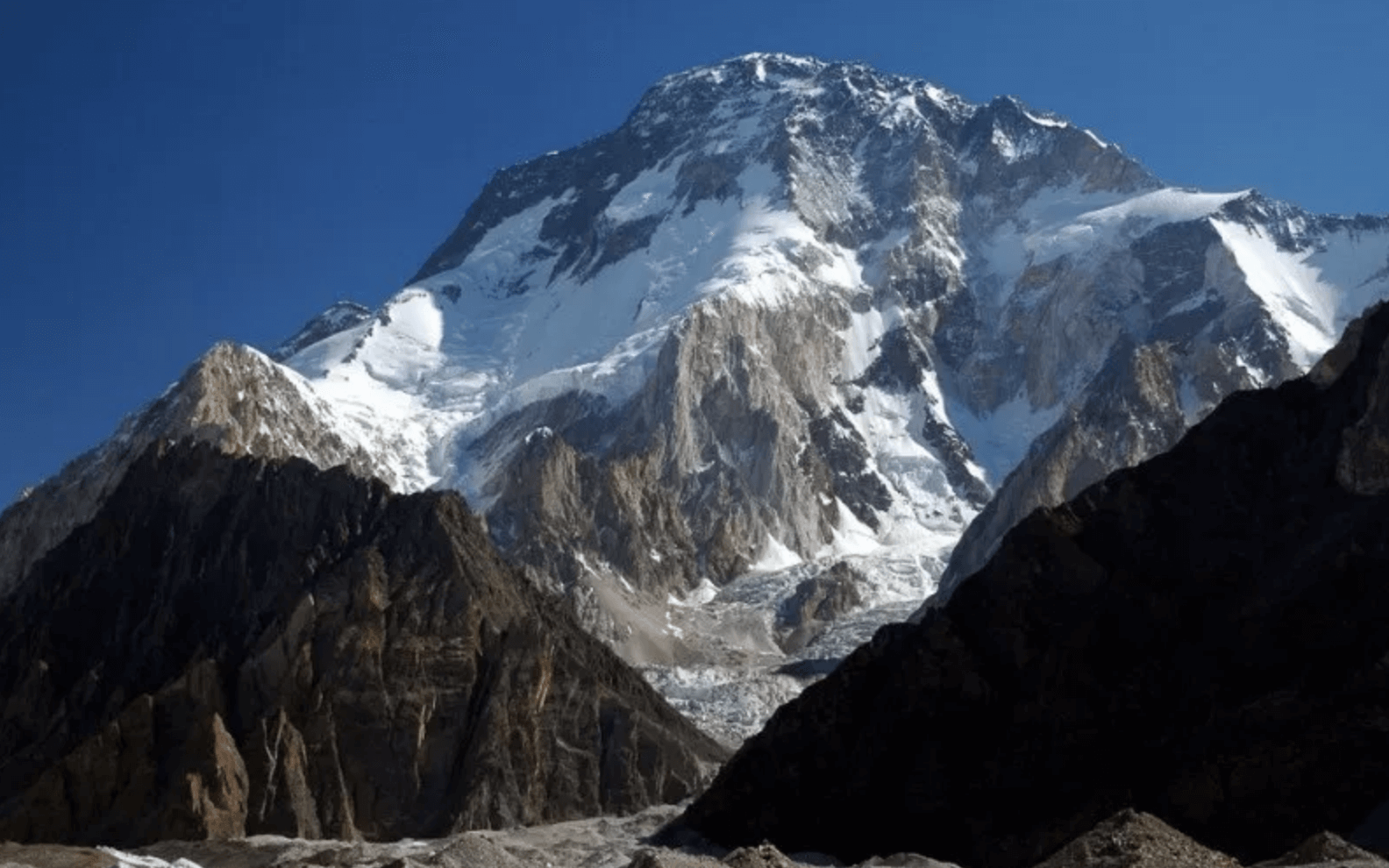